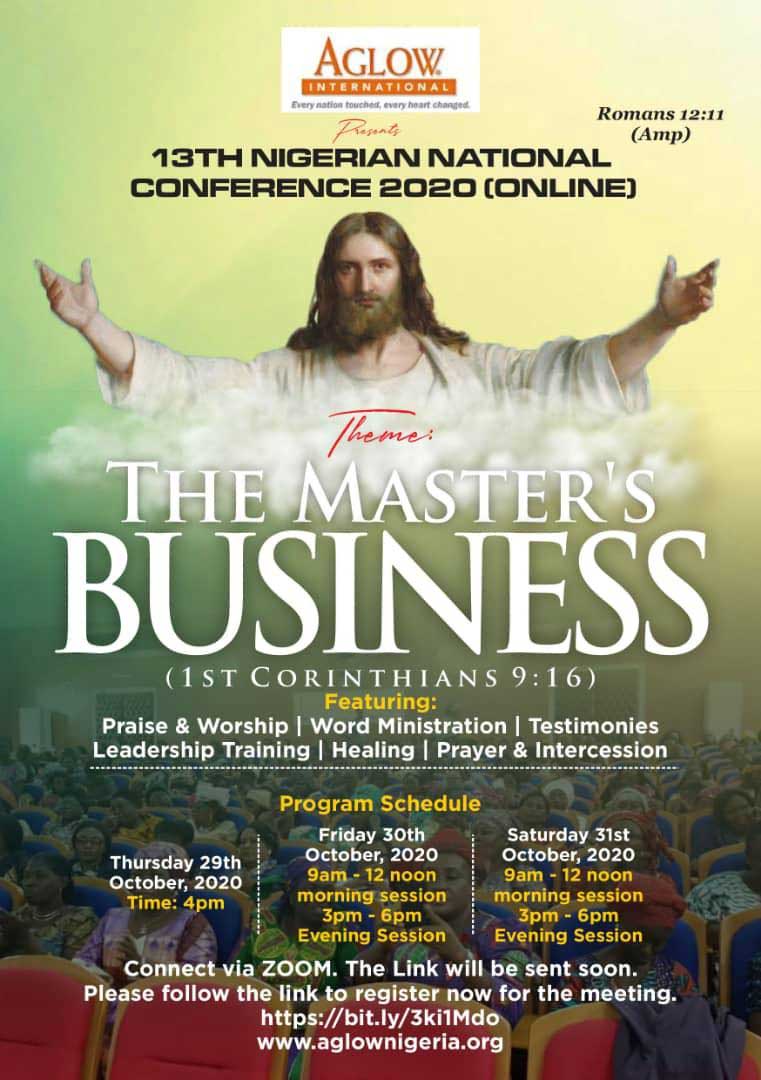 Autumn is historically the season for Aglow National conferences to be held in many of the 170 nations where Aglow is established around the world. This year, with the global pandemic still affecting our lives and plans, many of those conferences have, understandably, been cancelled or postponed.

But in a few nations the Aglow national leadership is preparing to hold virtual conferences via Zoom! In the midst of restrictions and lockdowns, Aglow women and men are finding new ways to communicate, evangelize and grow together!

One of those nations is Nigeria, where their Virtual National Aglow Conference is being planned for October 29-31, 2020. This will be the nation’s 13th National Aglow Conference, and the first being held virtually. Under the theme “The Master’s Business”, and referencing 1 Corinthians 9:16, the entire nation of Nigeria will be touched by the encouraging messages being planned for the conference. 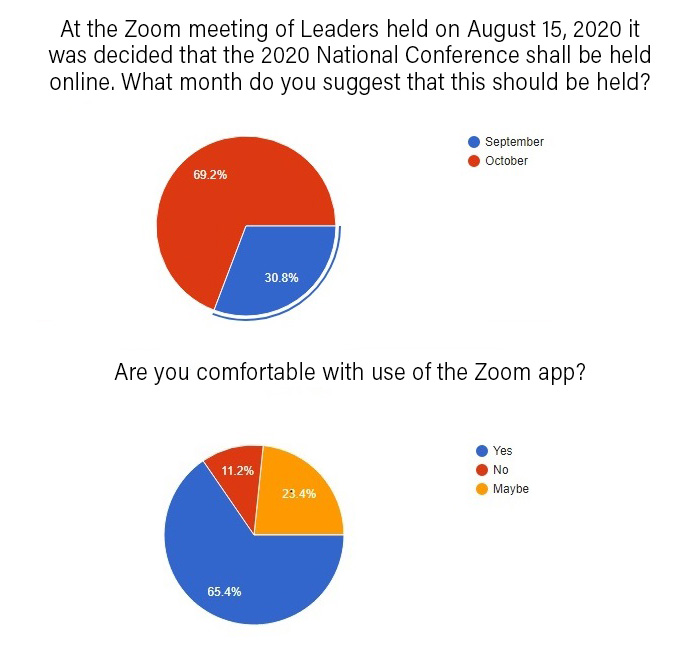 While making the decisions about this unusual venue for their conference, the Aglow Nigeria National Board sent a survey form to all their Aglow members via the social media tool WhatsApp. Responses were summarized into Pie Charts.

From this feedback the National Board members were able to make decisions based on the input from their members throughout the nation. We felt these were interesting, so have included two of them here.