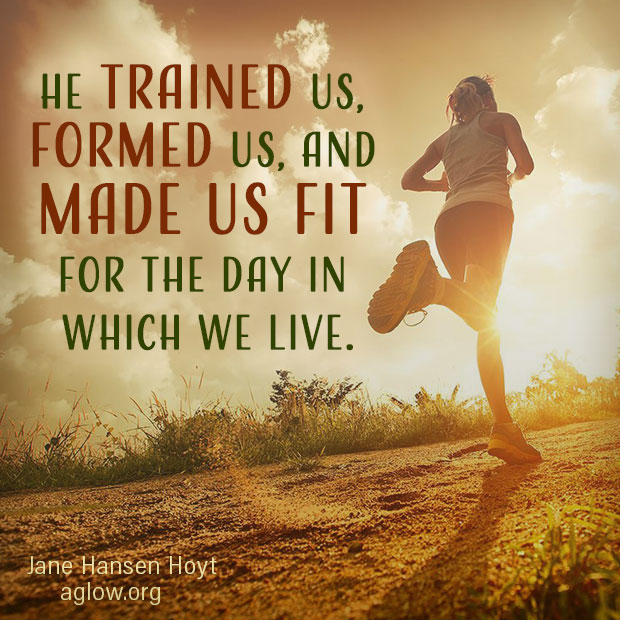 Boundless In Favor, In Power, In Majesty

God has formed a company of women and men who are not afraid of challenges and who will not shrink back from today’s realities. He trained us, formed us, and made us fit for the day in which we live.
– Jane Hansen Hoyt, Aglow International President, CEO

Prepare for His Coming

We are living in an appointed time, and we are an appointed people, to prepare the world for the coming Messiah. It is a time when as God’s people, we must see and hear unfolding world issues from heaven's perspective. . . . I have just returned from the most important city in the world, the City of Jerusalem, the City of God! As things move forward in the world, there will be an increased focus on Israel and the city of Jerusalem in particular. This is the place where Jesus and His Kingdom will rule over all. This is the place where His throne will be established forever. Excerpt from a letter from Jane Hansen Hoyt

“Let us come boldly to the throne of grace, to obtain MERCY and find grace to help in time of need” (Hebrews 4:16). Aglow, this is our opportune time to stand before the Throne of Grace in the governmental authority we have been mantled with. We are committed to stand until the fullness of His Mercy and Grace have been poured upon the nations. Aglow, We Have An Assignment

Anti-Semitism and anti-Zionism is rampant in the UN and its various committees.

The 57 member nations in the OIC (Organization of Islamic Co-operation) and their supporters in the UN General Assembly exert profound influence in the UN and can pass any resolution against Israel, no matter how ridiculous, prejudiced, or ill-intentioned.

The United Nations General Assembly has condemned Israel more times than other very repressive country in the world combined, passing an average of 19 annually. April 11, 2017 The Jerusalem Post reported that on April 11, 2017 various UN committees adopted 10 resolutions against Israel on that day alone!

The Human Rights Council has still adopted many more resolutions criticizing Israel than it has on North Korea, Libya, Iran, Syria, Sudan. (Saudi Arabia, Iraq, Rwanda, Albania Cuba, Qatar, Indonesia and Nigeria are part of the 47 members currently serving on the Council)

The U.N. Commission on the Status of Women (CSW) concluded its annual meeting in New York on March 24, 2016, by condemning only one country for violating women’s rights anywhere on the planet – Israel, for violating the rights of Palestinian women.

UNESCO (UN Education, Scientific and Culture Organization) identifies sights with special cultural or physical significance and then declares them as World Heritage Sites. Just last month they made a controversial announcement referring to Israel as an occupying power in Jerusalem indicating that Israel has no legal or historical ties to any part of the city. Furthermore, the Western Wall and the Temple Mount are referred to by their Muslim names.

Go to Upcoming Trips and pray about participating on some of the Aglow Transformation Teams.

Men of Issachar, Aglow International – Navigating the Challenges of Today

Our call to prayer is also our call to war. Aglow International is a frontline army of warriors carrying the presence and purpose of God into the very hotbed of demonic activity. We are not caught up with the power of darkness but instead with the knowledge of the power of light that we bring into every situation. Continue to pray in this way, and do not get caught up with all the noise of the enemy’s camp. He is defeated. God causes us to operate in triumph, and we are more than conquerors in Him and His authority.  – Dave McDaniel The Challenges of Today

Pray for your community:

While there are numerous nations where Christians suffer horrible persecution, North Korea is considered the most restricted nation on earth today.

Praying always with all prayer and supplication in the Spirit, being watchful to this end with all perseverance and supplication for all the saints— and for me, that utterance may be given to me, that I may open my mouth boldly to make known the mystery of the gospel, for which I am an ambassador in chains; that in it I may speak boldly, as I ought to speak. – Ephesians 6:18-20