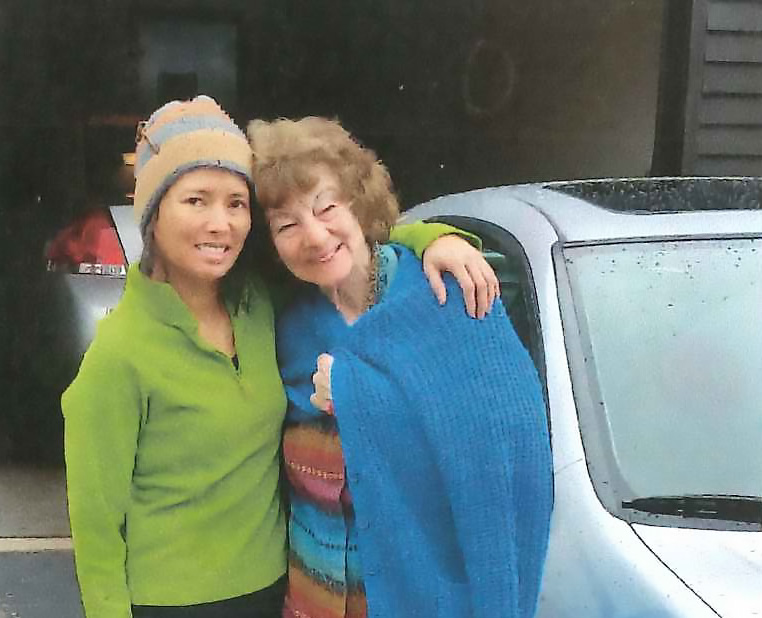 Recently Laurie Lischke, Director of Donor Relations, for Aglow International, spoke with Rita Tutundgy of New Hampshire. Because Rita included a note with her last gift thanking Laurie for the year-end Christmas greeting, and the monthly handwritten notes on each acknowledgement letter, Laurie gave Rita a call.

After exchanging greetings, Laurie asked Rita if she would like to join A-Company, after all, Rita had been consistently giving a monthly gift for YEARS! After that was completed, Rita began to share her story.

On November 6, 2018, Rita was casting her vote at the polls at Windham High School when a freak accident occurred. During a torrential downpour, while Rita was crossing the street, a car hit her and she ended up pinned beneath that car where she was seriously injured. Everyone around sprang into action calling 911. Those around her managed to lift the car enough to take the pressure off her body until the Fire Department arrived to use the Jaws of Life!

Rita spent several months in rehab to recover, and then she visited the Windham Police and Fire stations to thank them for saving her life! Rita even took donuts and chocolates to express her gratitude – all at the age of 89!

Rita was born in Brooklyn, NY, the second child of Syrian immigrants. Raised in the Catholic Church, she learned of the love, sacrifice, and resurrection of Jesus and fell in love with His Majesty. Entering a cloistered monastery at the age of 19, it was difficult for her to leave when the time came. Yet, while she was there, she received the Baptism of the Holy Spirit.

At 45 she left the nuns she had grown to love and returned to her parent’s home in New York. Going into New York City to look for a job, she met Ray who became her husband! Moving to New England in December of 1978, she met JoAnne who was part of Aglow. After attending her first Aglow meeting, Rita said, “I had found my niche! I was so amazed by the overwhelming love from the Aglow women and their joy that I was Catholic!”

Needing a VP of Finance – Treasurer then – the team asked Rita to take the position. Having been in a convent, she didn’t know how to write a check or what a credit card was! Rita said, “God sure had a sense of humor!”

In March, 2000, the Manchester, NH Lighthouse began. For 19 years, Rita traveled every Wednesday for their weekly meetings – until that fateful Election Day in 2018! Casting her vote and walking back to her car, Rita was knocked down and pinned beneath that car. She was hit and pinned underneath the car that hit her where she was trapped. The car was badly smashed from crashing into Rita so she was really wedged underneath it making her life a true miracle. Those who saw the accident told Rita later that she should have been dead. As Rita says, “God had other plans.”

Even when Rita went to rehab, the Aglow women came every Wednesday for their meeting. After she came home, the meeting moved to her home so she could still attend.

We know that with each person in Aglow comes an amazing story that displays God’s Glory and Grace in the earth. We are so grateful for each one of you…..and don’t be surprised when your phone rings one day and Laurie calls out your name!