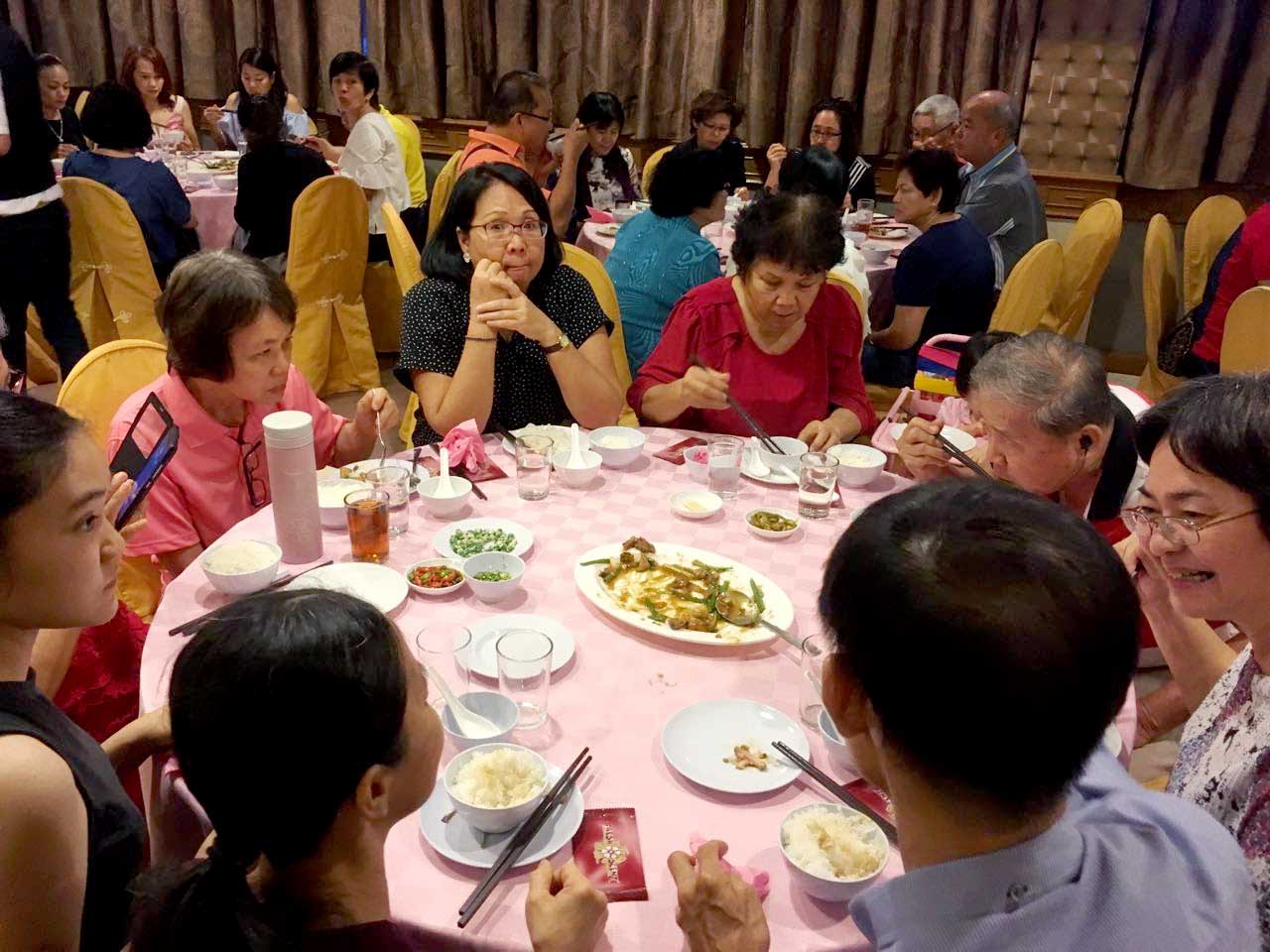 In February the Aglow Puchong Local Fellowship (Malaysia) held a dinner event as an outreach to their community. They invited Esther Choe, a well know Christian singer, who gave a beautiful rendition of songs and testified of her amazing transformed life in Christ. The majority of the guests were non-Christians.

Swee Lin Tan, Local President, and members of her team worked very hard to make this evening special with beautiful invitations and a lovely decorated venue including a sit down dinner. It was quite an undertaking for this local fellowship, as they had not held an event such as this before. Working together as a team, they were amazed as they experienced multiplication at every turn!

Swee Lin shared, “In the beginning we had planned for only 10 tables, but God multiplied the number to 22 making it a full house. Many people sponsored whole tables and gave their tickets free of charge to non-Christians. This was the strategy that made our numbers soar. We had about 14 tables worth of tickets to give away for free. With this 'gift' ticket, which paid for a sit down dinner with 7 dishes and rice, it was easier to invite friends.”

“The financial part was not a problem as funds for the event had already been collected. That night, all who accepted the tickets or bought the tickets came except only 1 person. Can you imagine only 1 person did not turn up! It was really God's hand upon the attendance. This blessing continues in that the people stayed till the end enjoying their food and listening to Esther who shared her testimony about her life and children. She lost her eldest boy to cancer at age 5. God used her life stories to touch many hearts, then at the end she prayed a corporate prayer for salvation. 10 response slips were received, 4 testifying that they received salvation. We rejoice with Heaven for them.”

“An offering was not received, as we did not wish to offend our non-Christian friends. Even so, God was faithful to bless us with an additional financial gift from an Aglow sister. An Aglow husband obtained 47 Chinese NT Gideon Bibles, and all were given out. In addition, Esther gave away 100 booklets of her testimony.”

Swee Lin and her team stepped out on unchartered waters to organize this meeting working and learning together. What a wonderful picture of how the “teamwork” and unity of one Local Fellowship touched so many lives, and brought forth fruit and multiplication for the Kingdom in their community.