God’s Will Be Done In Armenia 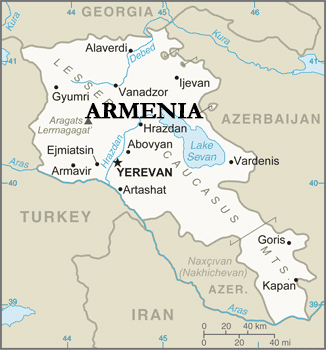 Armenia – the oldest Christian country in the world and home to the site where Noah’s Ark came to rest on Mount Ararat, it is surrounded by the nations of Georgia, Azerbaijan, Iran and Turkey. A small Christian nation in the midst of great darkness and turmoil. On Saturday April 21 Aglow International headquarters received a prayer alert sent to us by the Aglow leadership in Armenia. The events of the past week in the capital city of Yerevan, Armenia have been dramatic.

In the meantime, there are over half a million people in the Republic Square waiting for the turn of events. I cannot emphasize enough the importance of this time window. We really believe we stand in the Portal and are believing that our nation will be able to make the breakthrough for truth and justice and will go in through this door, even if the enemy wants to do everything to stop this. We agree only with God's will and purpose being accomplished in our nation.

The Aglow leaders in Armenia write:

Thank you for your prayers but our battle is not finished. The Republican Party after a long day of questioning and giving speeches, voted against the choice of the people of Armenia, even though days before they had announced that they will not interrupt the process. This has been likened to Pharaoh hardening his heart and changing his mind last minute to go after the Israelites. We have now a more difficult and intensified political crisis. Tomorrow there is to be a widespread strike and blocking of roads all over Armenia. The situation is very serious. We are praying for the resignation of this party which has hardened its heart against its own people and for a speedy and peaceful end to this political crisis in our country. Please continue to stand with us that God's will be done and His Kingdom come in Armenia as well.

With love and hope,
Ruth and Ruzanna
(Aglow International leaders in Armenia)