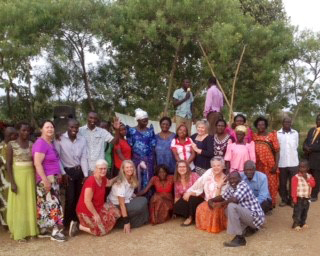 The Aglow Transformation Team traveled to the Jinja, Namayingo and Bugiri Districts in Uganda from Jan 30th to Feb 12th reaching a wide range of people.

Imelda Bwayo, Aglow Uganda National President writes, “We had 9 days of field programs with two Sundays in between. Advertisement was well-done in all areas where we planned our meetings with pictures of the seven American ministers who were visiting their area well displayed. Many people want to hear white people teaching or preaching, so the attendance was good in all our conferences. Each day began with a conference from 9 am to 1 pm designed for pastors and leaders. 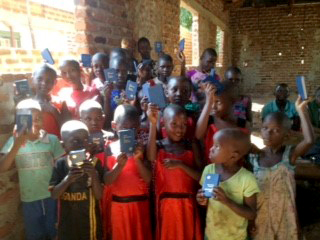 Our second activity in every location was school evangelism. Our audience was children in upper primary, including children from primary level five to level seven. Evangelism was done with visual aids after which a call to accept Jesus as their personal Savior was done. A total of 304 children gave their lives to Jesus Christ. The children’s hearts were very receptive to accept Jesus. In all the schools where we ministered to children, we also gave New Testament Bibles. Many of these were provided by Gideon International.

The Transformation Team provided a total of 618 New Testaments Bibles in English and Lugandan for the children which were purchased from Uganda Bible Society Bibles.

The Transformation Team also came with 176 “Days For Girls” kits and one Good Samaritan gave us 20 more. These kits are meant for younger girls who do not have money to buy sanitary towels and are forced to miss school during their monthly cycles.

The last activity of our day was the crusade were we broadcasted on a public address system. Many choirs were invited to sing, attracting all sorts of people to the crusade. Our team preached a series of short evangelistic messages that lit up the atmosphere with the glory of God. We called them firefly messages!  Every day we went back to the hotel late at night.

Thanks be to God for the Aglow Transformation team of 6 women and 1 man who sacrificed so much to come and minister to the souls who are very hungry for the word of God. I also want to express my gratitude to the couple who were married just three weeks before the mission and decided to have their honeymoon ministering the rural villages of Uganda.”

Outreaches like this propel the Kingdom forward toward Aglow’s ultimate goal of seeing “Every nation touched, every heart changed”. 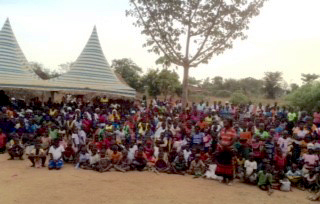