A Fresh Outpouring is Coming

Loving greetings to each one of you. You are in my thoughts and prayers as we continue to forge through the times before us. God formed us and equipped us for these times.

I want to say what Jesus would say if He were standing physically before us in this moment. FEAR NOT! I AM WITH YOU!

Imagine the Israelites trying to wrap their heads around the thought of leaving Egypt; to walk through miles of desert. I’m fairly sure there would have been a mixture of positivity and negativity. So many ‘natural things’ to consider. Yet, it was the way to freedom.

We are walking toward the third day awakening. Just move your feet. Head off in the right direction. He is with you. He is with Aglow. 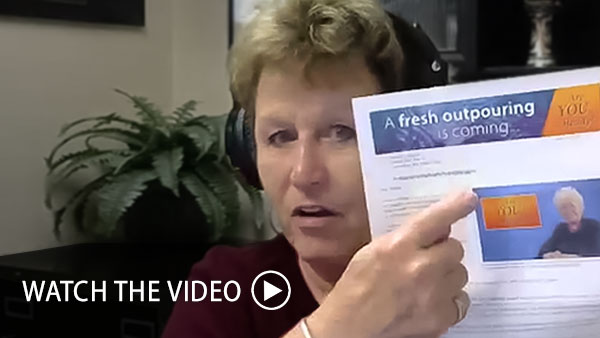 Watch as Kay Rogers shares her thoughts about giving to Aglow.

Recently, a dear friend, Rita Bennett, wife of Father Dennis Bennett, passed away from this earthly life and moved to her Heavenly home. As I am sure you will recall, both Father Bennett and Rita were instrumental in the early days of the Charismatic Renewal. It was also the period of time when many ministries were coming forth. Aglow was one of those ministries that Reverend Bennett strongly encouraged in those early days. He was so supportive. In fact, his wife Rita was the first speaker at the first Aglow gathering.

Let me add a little background to the significance of Father Bennett’s initial experience with the Holy Spirit and how that experience would ultimately touch the world. As a brilliant, but humble man, he was astonished at all The Holy Spirit would unfold in those days.

Father Bennett was a priest pastoring an Episcopal Church in the Los Angeles area, when he experienced a fresh outpouring of the Holy Spirit in 1960. He shared this wonderful news with his thriving church. It wasn’t something he sought out. It was a sovereign encounter initiated by Holy Spirit.

He shared that he and many in the congregation had received the infilling of the Holy Spirit, like those in Jerusalem on the Day of Pentecost. Many said that this announcement was the shot heard around the world.

The story was so explosive that all the local newspapers wrote about it. Soon it was picked up by the wire services and the news swept the nation. Then both Time and Newsweek magazines picked it up. Imagine! It is as though God didn’t want this kept a secret. He wanted the world to know that something significant had been stirred in the earth realm.

Within a few weeks he was asked to resign. While he didn’t have to do so, he said that his experience was too valuable to fight over and he resigned.

Father Dennis Bennett then came to the Pacific Northwest to pastor a defunct little church in Ballard, Washington. Saint Luke’s church was so small and insignificant in those days that he was just ‘parked’ there.

Yet, the experience of receiving the Holy Spirit with the evidence of speaking in tongues, was so filled with power and life that it was not to be ‘contained.’ Many inquires of this life-giving occurrence were being sought out by people, both far and near. He held Friday-night inquiry meetings where people testified to what God was doing. Many, including myself, had the privilege of attending those meetings and receiving this life-changing experience.

Interestingly, even the Encyclopedia Britannica said that with Father Bennett’s announcement in California, a new movement began. He brought that new movement with him to Seattle as Aglow was being birthed. We were born of the Spirit and have continued to follow after the Spirit since making the choice that all Aglow leaders are to be filled with the Spirit with the evidence of speaking in tongues. That is still true today. 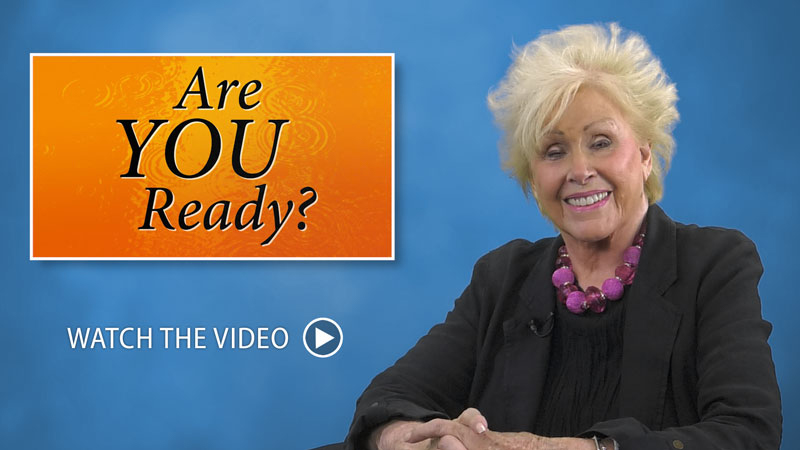 As I learned of Rita’s passing, I felt the Lord say, “that era has closed and a new one has begun.” A fresh outpouring is coming to us again. Are you ready? I know you are because you continue to faithfully support the work of Aglow around the world.

When the Charismatic Renewal began in the 60’s through Father Dennis Bennett, and Aglow was birthed during this time, most didn’t recognize that this profound, life-changing experience would spread throughout the world as one woman began to share with another. And here Aglow is today spanning the breadth of the globe.

When Dutch Sheets spoke to us in 2018, he could see by the Spirit that Aglow, birthed out of the Charismatic Renewal would have the privilege of stewarding the coming move of the Spirit – the Third Great Awakening. While I cannot give you specific details, I believe it will unfold as the Holy Spirit is poured out upon us and I believe that Aglow will be instrumental. He has prepared us and we are ready.

Because God has spoken that Aglow will be a storehouse of storehouses, I want to ask you to sow into Aglow as the Third Great Awakening begins to unfold.

You have always been faithful to rise up and give abundantly when asked. Each gift matters. Those gifts not only help sustain Aglow, those gifts are used to expand the work that was birthed so long ago by His Spirit. Our lives are richer because of that ‘shot heard around the world.’ And, the world is richer because Aglow is making place for that continual, fresh outpouring of His Spirit in over 170 nations of the world.

Holy Spirit, You are so welcome! We make room for You to have Your way. We expect You to come sovereignly in Orlando in ways we have never experienced.

Thank you for giving so generously into Aglow for our part in the unfolding Third Day Great Awakening.

If I don’t see you in Orlando, I hope you will watch by webcast. 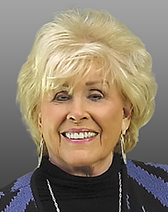