She Gave... Out of her Poverty

Recently my attention was drawn to a small box that has been sitting on my desk for several months. It was a thoughtful gift given to me by Ezra Eini, a longtime friend in Israel. Ezra has been our main tour guide these many years that Aglow has traveled the Holy Land. I have come to love both Ezra and his wife Narit.

A Kingdom Moment
Of course, I had looked in that tiny box before, but for some reason on this particular day, I felt drawn to it again. In the box was a small coin. In fact, it contained a mite…a widow’s mite. A mite was the smallest coin in circulation at the time of Jesus and was worth about 1/8 of a cent.

I felt compelled to turn to the story of the widow’s mite in Mark 12. I was struck by the fact that the Word states that Jesus sat opposite the treasury and saw how the people put money into the treasury. I thought of a statement that Chuck Pierce said at an Aglow Conference recently...He watches how you give.

He Looks at the Heart
That portion of scripture goes on to say that many who were rich put in much…but then something changed. He was watching. He called His disciples to Him. This was a teaching moment…a Kingdom moment. It was important that they both saw and understood the deeper meaning of what was taking place.

His words to the disciples contained a powerful message:

Assuredly, I say to you that this poor widow has put in more than all those who have given to the treasure; for they all put in out of their abundance, but she out of her poverty put in all that she had, her whole livelihood.

The important thing to Jesus was not the amount of the gift, but the commitment and sacrifice it represents.

God doesn’t measure things in the same way we do. We look at size, amounts, frequency and other means that might speak of commitment. However, Jesus looks at the heart. He understands the commitment and sacrifice that your gift represents. That is what touches His heart.

A Deeper Stirring of Holy Spirit
God has spoken to Aglow in powerful, prophetic ways. We are seeing many of the words unfold before us as we walk by faith into the future. Several of those prophetic words have been related to finances. Even in light of the faithfulness of so many, I continue to believe there is a timeliness in those prophetic words that is yet to come. God has spoken that a great multitude, hundreds of thousands of ordinary people will give into His Presence in our midst.

While many have given so faithfully over the years, I believe there are others who will yet become a part of the coming multitude who are beginning to feel a deeper stirring of Holy Spirit to drop their coins into the treasury of Aglow.

A Kingdom Heart
Aglow International is approaching our fiscal year end on March 31st. Would you consider giving into the treasury of Aglow as never before? Our joint effort will be a timely blessing for this ministry.

In keeping with the story of the widow’s mite in Mark 12, picture yourself entering the temple to offer your gift. You look off to the side and in the distance you see Jesus …watching … observing…blessing…honoring the gift you are giving. He knows your circumstances. He knows what you have need of, yet His heart is blessed as He observes the gift you are giving from your heart. It speaks of your trust in Him and His provision for your household. His heart is stirred in gratefulness as He sees your faith filled, generous heart. It is a Kingdom heart.

I want to thank you for the gift you are giving. Don’t measure it or compare it, simply offer it to the King and He will take it, bless it, break it and cause it to feed a multitude. 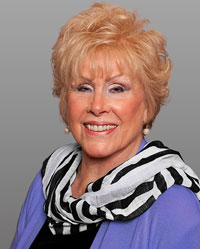