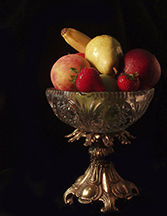 2016 is a Jewish Jubilee year. 2017 is Aglow’s Jubilee year; our 50-year anniversary of ministry. From one city, in one state, in one nation, to now having a presence in over 170 nations of the world! Over the years, Aglow is a ministry that has experienced the powerful moving of the Holy Spirit; a ministry that continues to look toward “acceleration and multiplication of the witness, the worship, and the work of Aglow” by that same Holy Spirit in the days ahead.

Earlier this year, we called for a “Double Jubilee” offering. Two generous groups of donors offered a “Double Jubilee” challenge of $25,000 each as a matching fund offer, for a total of $50,000. That meant that every gift given would be matched, dollar for dollar, up to the challenge amount, which would give us our goal of $100,000 by March 31st.

I am thrilled to say that as of March 31st, the challenge has been met and has even gone a little over the goal! What an incredible blessing for a ministry that reaches around the world giving renewed hope to all.

I agree with the prophetic word that, “the Lord holds Aglow in His hands.”

I also agree that He has caused Aglow to, “grow wings, eyes, hands, and feet.”

Aglow has “reached out, spoken out, and spread out” over the years, and we have sensed our DESTINY as the Lord has unfolded our future over a period of time.

I believe that we are at a new pinnacle, a new tipping point, and greater point of destiny than ever before.

God has formed a company of men and women who are not afraid of challenges, who will not shrink back from today’s realities. He has trained us, formed us, and made us fit for the day in which we live.
l also believe He has made a way for us to move forward in powerful ways and you are a part of that.

One of the ways we become part of this great company of warriors is to give into the ongoing work of the ministry on a monthly basis. “Now wait a minute,” you say. “She is going to ask for money.” And I boldly say to you, Yes! I am indeed challenging you to not only give into special offerings, but to actually give on a regular monthly basis to Aglow’s forward thrust into the nations. Small amount or large, the amount isn’t the focus; the commitment and the consistency is what we need.

“A Company” is a challenge and an opportunity to be part of a company of world changers! (More info.)

This is what Aglow has always been about: Changing the world, one woman, one man, one family, one city, one nation at a time.

For Aglow to move into “acceleration and multiplication” in greater measure, we need a committed company of men and women to partner with us in a consistent way.

Our goal is that 100% of those involved in Aglow would catch this vision of sowing into the Aglow field, so that the harvest that is ready for reaping is brought into the storehouse.
So, I am asking you; yes, challenging you, to join “A Company” today! This means that you commit to giving a monthly gift that will help us carry the truth of the Kingdom which makes a profound difference in the lives of people around the world.

A GLOBAL COMMUNITY OF BELIEVERS

Just in the past few weeks, the world has been shocked by the attacks in Brussels, Belgium, and in Lahore, Pakistan. Last year there were incidents in Paris, France in northern Nigeria, and so many other places where Aglow is established. My first thoughts are always of our Aglow people on the ground in these locations. We are always relieved to get that first phone call or email that lets us know they are safe. And their response to the terror; to comfort others, to help and assist in any way they might. God’s people are everywhere. God’s light and His comfort are what people are looking for. Aglow men and women are carriers of that light and comfort.

Yes, the world has become a much smaller place. We have family and friends everywhere whose lives are being affected by the cruel terror in today’s world.

We continue to know that, WE HAVE BEEN CALLED FOR SUCH A TIME AS THIS.

We know that our legacy continues on and we are reaching out with the redeeming power of the gospel.

あなたの心は定まっていますか？ (Is Your Heart Fixed?)
Our Eyes Should Be Looking Forward

I am thankful that I am part of the A Company, aligning myself with the purposes of our Father in this hour. He has chosen this ministry to work through to have great impact for His Kingdom, and I am honored and blessed to be part of it.

Great word about wings, eyes, hands and feet, and may the Lord use us to the utmost to fulfill our destiny in that way.
I try to encourage Aglow people to sign up to "A Company" and give at least the minimum per month ($10) - it is such a...

Great word about wings, eyes, hands and feet, and may the Lord use us to the utmost to fulfill our destiny in that way.
I try to encourage Aglow people to sign up to "A Company" and give at least the minimum per month ($10) - it is such a pittance compared to the benefits and blessing of Aglow - any sacrifice is so pleasing to the Lord.
I love Aglow and its voice!

Susan
This comment was minimized by the moderator on the site

The mighty hand of God is on Aglow minstry.I thank God am a member.

Susan
There are no comments posted here yet