Running the Race of Faith

Rio Olympic Games of 2016 are Over 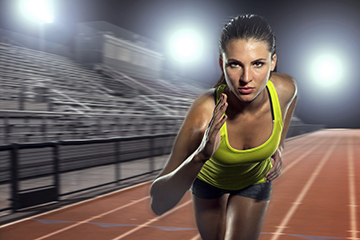 There were boos of sadness when the International Olympic Committee President, Thomas Bach, announced: “I declare the Games of the XXXI Olympiad closed.”

Boos of sadness could be heard from my home, as well. Tony and I loved watching this memorable event in which runners, swimmers, gymnasts, and other skilled athletes from around the world, come together in a sportsmanlike atmosphere and compete for the prize of a gold, silver or bronze medal.

There were so many wonderful wins in these games. Those participating had lived such disciplined lives, training for months and years. Now the moment of opportunity had finally come to possibly win the prize of gold, silver or bronze!

Yet, one of the greatest highlights came in a different show of sportsmanship, kindness, and graciousness. It was a moment that touched our hearts.

Two distance runners, Abbey D’Agostino of the U.S. and Nikki Hamblin of New Zealand were running the women’s 5,000-meter event when they collided about 3,200 meters into the race. According to reports, Hamblin had slowed her pace to avoid contact with another runner when D’Agostino appeared to hit Hamblin from behind and both fell to the track.  D’Agostino got up but saw Hamblin was in distress and stopped to help her up. They tried to continue, but D’Agostino was in pain due to an injury to her leg. “She could hardly stand,” Hamblin said. Hamblin helped her up, but D’Agostino couldn’t resume running and told Hamblin to continue without her.

Hamlin went on to say, “I am so grateful for Abbey for doing that for me. That girl is the Olympic spirit right there. I’ve never met her before and isn’t that just so amazing? Regardless of the race and the result on the board, that’s a moment that you’re never going to forget for the rest of your life…that girl shaking my shoulder saying, ‘Come on, get up.’”

The Race of Faith

Every one of us is in a race. There are times in the race that you become weary, or perhaps something occurs that you hadn’t planned for and you find yourself stumbling, or even falling to the ground, as the Olympic distance runner did. In those moments, like the young runner, we may be asking ourselves, “What is happening?  Why am I on the ground?”  I want to be one of those people who pauses to say to you, “Come on. Get up. We have a race to run!”

We need to encourage each other in this race. We need to help one another keep our eyes on the goal. We need to lift each other up and keep running. The world is watching us. Just as the Olympic athletes gave themselves to their primary focus, we too are engaged in winning the race that is set before us.

Discipline in a Long-Distance Race

I love the way The Message expresses this truth in Hebrews 12:1-2

In the prior chapter, Hebrews 11, referred to as the faith chapter, reviews the triumphant experiences of Hebrew heroes of the faith. Therefore:

Do you see what this means – all these pioneers who blazed the way, all these veterans cheering us on? (Referring to the heroes of the faith mentioned in Hebrews 11)

It means we’d better get on with it. Strip down, start running and never quit. No extra spiritual fat, no parasitic sins.  Keep your eyes on Jesus, who both began and finished this race we’re in. Study how He did it. Because He never lost sight of where He was headed – that exhilarating finish in and with God – He could put up with anything along the way:  cross, shame, whatever. And now He’s there, in the place of honor, right alongside God.  When you find yourselves flagging in your faith, go over that story again, item by item, that long litany of hostility He plowed through. That will shoot adrenaline into your souls!

Just Step Into Your Identity
Critical Call to Prayer