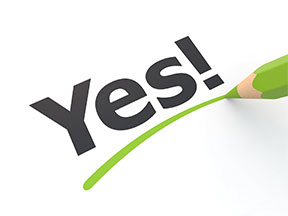 In January, Tony and I traveled to Krakow, Poland for Aglow’s European Leaders Summit.  Graham Cooke presented “LifeChangers” which is designed to produce people who are dedicated to the pursuit of fullness of truth in Jesus and to release people into a new territory of wholeness to be explored in the goodness of God.

These truths continue to give Aglow a firm foundation for the days in which we live.

I think of the words from that glorious old hymn of the church, “How Firm a Foundation.”

How firm a foundation, ye saints of the Lord,

Is laid for your faith in His excellent Word!

What more can He say than to you He hath said,

To you who for refuge to Jesus have fled?

Fear not, I am with thee, O be not dismayed,

For I am thy God, and will still give thee aid;

I’ll strengthen thee, help thee, and cause thee to stand,

Upheld by My righteous, omnipotent hand.

In Graham’s comments following the European Summit he stated, “The inheritance of the new man is Aglow Europe, our territory in the Spirit.  A new wind is blowing throughout this continent; a new power is emerging. The tide has turned; a new wind is blowing in our favor.  We are on a course of acceleration by revelation.”

While Aglow’s European Leaders were gathered in Krakow, the 70th Anniversary of the liberation of Auschwitz concentration camp and Holocaust Remembrance Day was observed.  How meaningful that Aglow men and women were walking and praying in the very place where so many Jewish people suffered and lost their lives.  It was an historic moment, a God ordained moment in time.  I believe that it was yet another way of God showing His intentionality towards Aglow and the mandate He gave to us to stand with His people, the Jews.  As Chuck Pierce said to Aglow at our 2014 U.S. National Conference in Albuquerque, “Sound creates movement.  Grab your moment and you will create your future.”  Think of the “glorious sound” of Aglow walking, praying, singing, worshipping and “creating movement” in the spirit realm as they prayed their way through Auschwitz, a place intended for the destruction of God’s people, the Jews.  Even in that moment of time, they were speaking into the future plans of God, as the enemies of the Jews continue in their desire to destroy the one people on earth of whom God has said, “He who touches you touches the apple of His eye.”  Zech 2:8

GAME CHANGERS IN THE NATIONS

Since “Game Changers” was first released a year ago, the goal has been to take these truths to the regions of the world.  In 2014, “GameChangers” was given to our leaders in Europe, Central America, and Asia, and in mid-February these teachings will be given to our leaders in South America.  In May, portions of it will be given in Africa, and portions of the teachings have also been given in the Caribbean.  God’s liberating truths are changing Aglow.

Forty (40) is universally recognized as an important number, both because of the frequency of its occurrence, and the uniformity of its association with a period of trial, probation, and testing.  Forty (40) is the product of 5 and 8, and points to the action of grace (5) leading to and ending in revival and new beginning (8).  It also relates to enlarged dominion, or to renewed or extended rule.

Graham Cooke said to Aglow recently, “You have passed your tests.  This is your time to arise.  This is the time of your arising like a hot air balloon.  I break all the things that would tether you to earth and I call you to rise up, level after level, after level.  And all that you once were is gone, and a whole new Aglow has taken its place!”

Yes, Aglow is arising to its new day.  It is a time long awaited by Heaven.  Words received in times past are being fulfilled in our midst, bringing our future into the present.  We rejoice in this day.  We rejoice that the process You, Lord, began will now accelerate.  We say “yes” to a quickening Spirit to lift us up and propel us forward, so that all Your desire for us will come to fruition.

We say “yes” in Jesus Name.

For Such a Time as This
Rest From Our Enemies

Cheryl Sanders
There are no comments posted here yet