It is a Time of Reformation!

Black lights and sensational music, dancing, prayer, charity, a march of thousands of colors from more than 80 nations – a march in solidarity with Israel; such was the scene of the 36th annual Feast of Tabernacles conference and celebration, hosted by the International Christian Embassy Jerusalem (ICEJ) from Sept 27-Oct.1.  The event brought more than 5,000 people to the Israeli capital, including more than 50 pro Israel Christian parliamentarians and government officials from more than two dozen countries.  Several African nations sent a large delegation of cabinet ministers and members of parliament to officially represent their countries.  (JNS.org and Charisma News)

Aglow International was among those present for the festivities, and was represented by over 100 men and women.  Some were first timers to Israel, while others had traveled to Israel with Aglow on many of our annual spring trips.  All came to celebrate and to continue to forge strong links with the Jewish people and to pray for Israel.  We love Israel, we love the Jewish people, and our desire is to be a blessing to them in every way possible.

As Israeli Prime Minister Benjamin Netanyahu stated in a video greeting Sept. 29, “Israel has no better friends around the world.”  He praised the attendees for their “unfaltering, enthusiastic 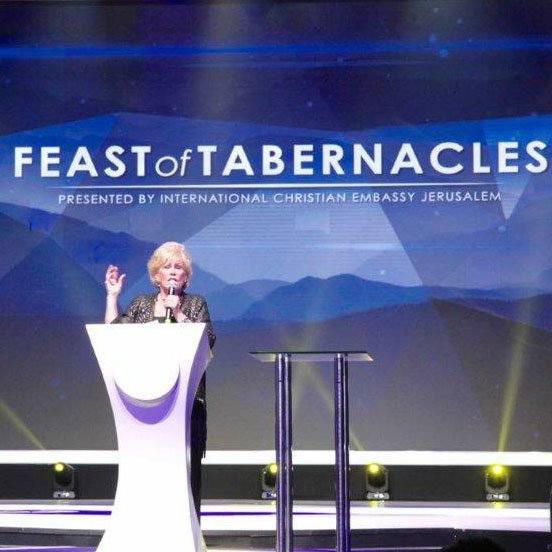 Jane Hansen Hoyt at ICEJ Feast of Tabernaclessupport of Israel over the years.”

Aglow has provided unfaltering, enthusiastic support of Israel for over 15 years.

“I believe the global Church is once again at a turning point where we can expect a great move of God to touch the whole earth.  This time the reformation concerns the attitude of the global Church towards Israel and the Jews.  It is about aligning with what God is doing in the Church around the world with what He does in Israel.”  Jurgen Buhler, Executive Director of ICEJ.

For the plenary message I was invited to bring, I endeavored to parallel the hatred of anti-Semitism with the hatred against women. Satan’s hatred against women comes out of the significant word God gave the woman when she was told there was a seed coming from her that would be to Satan’s utter destruction. (Gen 3:13-15)

Then, a few chapters over in Genesis the seed of Abraham is mentioned and a corresponding hatred; a hatred which has followed the Jews down through the centuries.

The enemy was fearful of these mentions because he knew that Messiah was in the seed.  His desire was to destroy the seed before the seed could destroy him.  It is a very powerful message to consider.  I hope to expand on this for our Global Conference in Indianapolis. 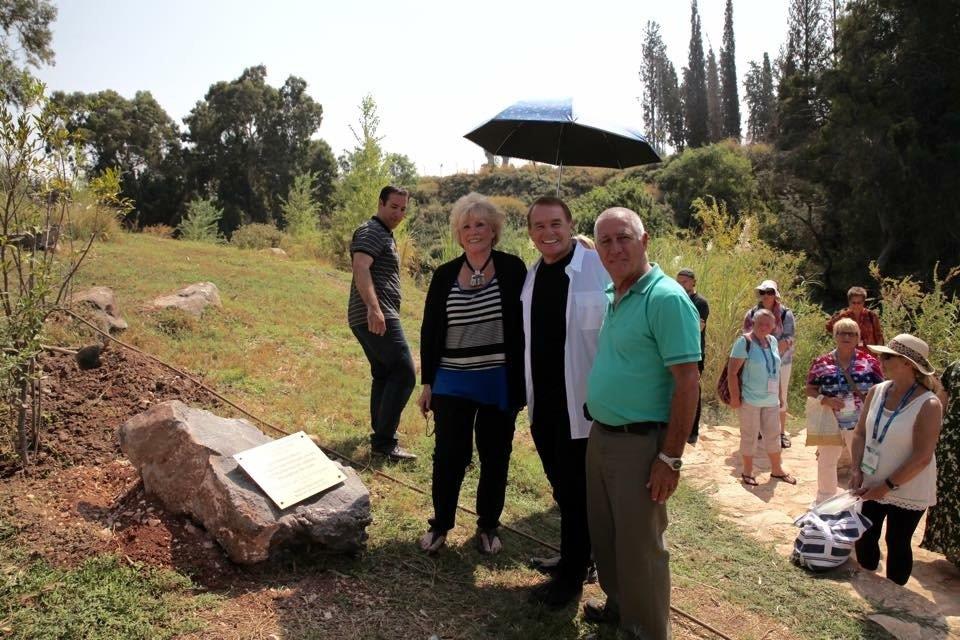 Jane & Tony, and EzraAnother great honor was given to Aglow, through Ezra Eini, an Israeli friend of ours over the years.  When we were there in April, he mentioned that he felt Aglow should be honored for our years of service to Israel. Honor for coming to the land, touching the people, loving the people and just our plain solidarity with Israel.  On our final day of the Feast of Tabernacles trip, we traveled to an area near the Sea of Galilee for this very special event….the planting of a pomegranate tree in honor of Aglow’s support of Israel.

A little background information on the pomegranate fruit might be helpful.  It is actually one of the seven species of fruits and grains that are special products of the land of Israel.  Pomegranates represent fruitfulness and abundance because of being filled with so many seeds….613 to be exact.  This corresponds with the 613 commandments of the Torah.  Pomegranates are also eaten on the Jewish New Year, Rosh Hashanah, to wish for a year as plentiful with goodness as the seeds of the fruit.  Solomon used the pomegranate theme in the temple to show fertility of the mind; and they were used as decorations on the skirt of the high priest's robe.

Something that comes to mind for Christians today is that this fruit represents all that the Holy Spirit has deposited in us.  We have the mind of Christ.  We have been given all of the Fruit of the Spirit within us.  That fruit is borne as we allow the Holy Spirit to form Christ in us. 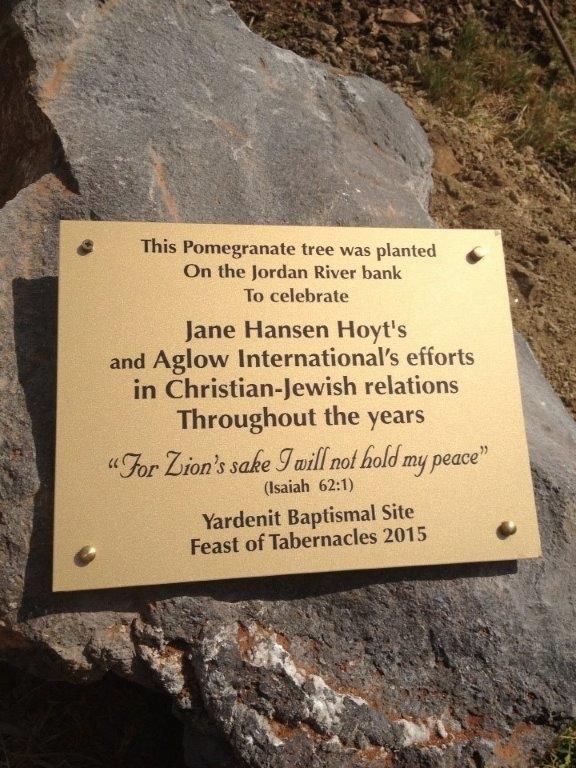 A plaque marks the place where the pomegranate tree is planted.So, a pomegranate tree was planted on the Jordan River with a lovely plaque honoring the Aglow men and women around the world. It is in a lovely spot for all to see.  It was a very touching ceremony….even though it was almost 100 degrees outside!  Thank you Ezra for all you did to follow through with this special presentation.  We are humbled, but also very glad.

We closed that last day by having a light lunch at Yardenit Baptismal Site in a lovely air-conditioned room.  A small number, 20-30 were then taken to the Baptismal Site for baptism.  Thank you, Edda Swan and Glenda Fleming for all your follow-through with that eager group of people. They were so ready to go down in the waters of baptism.  What a day it was for them!

In closing, I want to share with you something that Asher Intrater wrote to me this past summer.  He, too, was speaking of the way God often speaks to a woman first and then she passes it on.  There were several scriptural references to indicate this.

Just as Jurgen Buhler mentioned that he feels that the church is at a turning point (a reformation of sorts that has to do with the church fully embracing and  aligning with what God does in Israel,) Asher’s email said, “I think there is something similar in the Aglow International Board recognizing alignment with apostolic authority in Jerusalem, and a ‘first receiving’ for the body of Christ universally; to begin to be aligned with the messianic remnant of Israel as we approach the events of the end time.”  I am amazed by a statement like this, aren’t you?

“Let’s pray for the right alignment of the church and Israel to give birth to the second coming of our Messiah Yeshua.  There is a victory for the church in understanding the revelations of the end times, and that it is connected to seeing Yeshua not only as the Lamb of God, but also as ‘the lion of the tribe of Judah who has prevailed to open the scroll and loose its seven seals.’”  (Rev 5:5)

The alignment with Yeshua, in the Davidic line of Judah, who will return to Jerusalem, is the key to our victory.

Calling for a Three Day Fast!
The Gospel in a Word

Dear Jane,
I find myself loving you the more I read your letters. IN the beginning of my adventure as President of Arroyo Grande Aglow, I thought "so much stuff to read" on top of working, ministering and Aglow! Bad attitude! But one day I made...

Dear Jane,
I find myself loving you the more I read your letters. IN the beginning of my adventure as President of Arroyo Grande Aglow, I thought "so much stuff to read" on top of working, ministering and Aglow! Bad attitude! But one day I made the decision to start reading your articles. Well needless to say, I find how much you love God, and people and our precious Israel. I find wisdom and knowledge of the Word, excitement in what God is doing, and much more. Thank you for never giving up on your vision for the world and for never giving up on us. Love you and pray God's riches blessings on you and for more souls for Jesus than ever in this coming year!
In His service,
nellie III John2

You can select from a bunch of different servers for your private online access 192.168.0.1 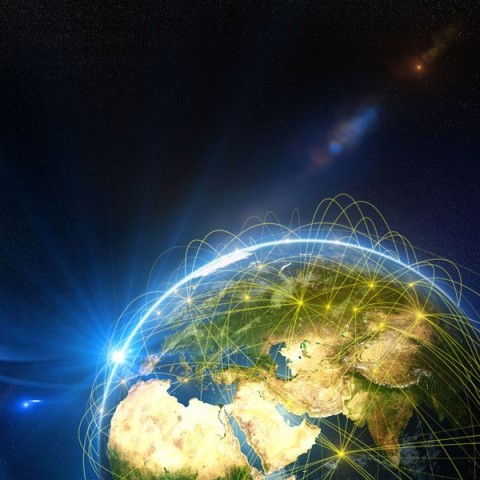 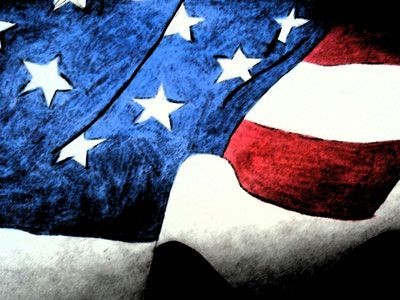 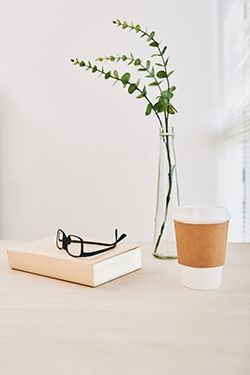