Insights on the Critical Mass Prayer Call For The U.S. Election 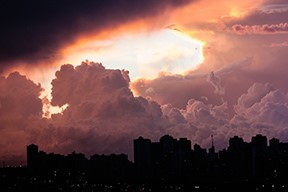 Did you feel the explosion in the atmosphere that took place this past Monday evening, October 17th? There were some 900 to 1,000 Aglow men and women on the Critical Mass Prayer call, interceding for the United States and the coming election this November. God’s people want God’s will and God’s purposes fulfilled in this pivotal time in history.

There was a spirit of repentance for the sins of our nation, and then prayers of boldness and declaration that wound its way throughout the entire prayer time.

“Lord, we humble ourselves and we repent of our personal sins and the sins of our nation. Cleanse our hearts, our minds, our souls, to be one with You – standing for righteousness and justice. As Franklin Graham said, ‘This election is not about Hillary Clinton or Donald Trump, but about the one who will appoint righteous Supreme Court Judges who will make critical decisions for our nation in the next 20 years. We thank You that all Christian men and women will take their responsibility of voting very seriously and will vote in their city, state, and national polling places for individuals who will stand with courage and bravery, who will protect our constitution, and who will stand with Israel.’” - Tony Hoyt

“Father we sense there is a changing of the guard at our gates because war has been declared there. A new company of warring angels have been dispersed to bring to fulfillment Your intentions. Open our eyes to see beyond the natural – beyond the facts – and focus our eyes on the supernatural – the Truth. We are at Your crossroad of destiny in America. Your Truth will ultimately change all facts. We come into agreement with Your intentions over America. Shine the light of Your truth upon the media and its ulterior motives and unprofessional antics. Shine the light of Your truth upon the lives of every person, entity, and movement and bring all deceit and lies into the open. Remove this subtle fog of deceit that has blinded the truth upon the earth, and reestablish a discerning of what is truly right and wrong, despite the increasing agenda of wickedness prevalent in America. Render a change in our country, and begin with us.” - Dave McDaniel

Another called for Divine intervention for America saying, “We need You, O God. You are our Leader, triumphant!”
There was a sense of urgency and a sense of timeliness to this Critical Mass Prayer Call.

A word came from Chuck Pierce this past July with a sense of urgency, as well. The headline of that word said:

“URGENT: Pray for America, France, and Israel – Prepare yourself for change!
It is time for the Church to be on the wall as watchmen.
This is not a season to fear, but to WATCH ON THE WALL.
As a corporate people, we must continue to advance, even in times of doubt and uncertainty.”

Just a couple of months before that prophetic word was sent, I had been in Israel for Aglow’s annual trip to the land. We were gathered in the Garden of Gethsemane one morning and the Holy Spirit led me to Matthew 26. In this scripture, is the actual unfolding of Jesus praying in Gethsemane. He was “deeply distressed and exceedingly sorrowful.” His words to the disciples seem poignant to me. “Stay here and watch with Me.” Can you imagine the moment? He knew what was before Him. Death. A horrible death. A sacrificial death. He wanted those closest to Him to stand with Him in that moment. He wanted their prayers. He wanted them to understand what was about to take place. He needed their support in His hour of need. However, He found them sleeping, totally missing the urgency of the moment. Three times He urged them, “watch with Me.” Yet, He continued to find them resting and asleep.

We are living in another time when we, as the disciples of Jesus, are being urged to STAY, TO WATCH, and TO BE ALERT AND WAKEFUL. To be yoked in partnership with Jesus for the unfolding events of this current time. To walk in relationship with Him in such a way that our oneness in Spirit causes us to be alert to His direction in prayer. This is not a season to fear, but to watch on the wall, to watch and pray.

The women and men of Aglow take seriously the scripture in II Chronicles 7:14:
“If My people who are called by My name will humble themselves,
And pray, and seek my face, and turn from their wicked ways,
Then I will hear from heaven, and will forgive their sin and heal their land.”

We are watchmen on the walls of the world.

facebook.com/jane.hansen.hoyt
アメリカ大統領選挙のための重要なプレイヤー・コールについての洞察 (Insights on the ...
Agreement With God's Word Over the Elections