A Summer of Unrest 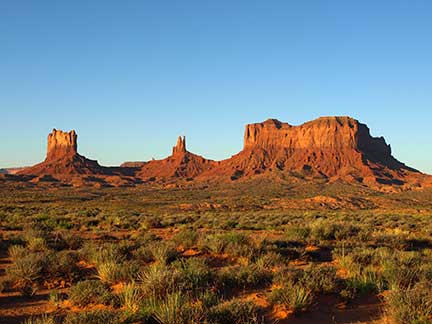 On this rock I will build My church... This seems to be a summer of unrest where hatred, turmoil, killings, violence, and destruction are evident in so many places on earth.

Currently, the Mid East is foremost in our minds as the ongoing unrest and cycle of violence threatens to become all-out war.  The tension is being inflamed by anguish over the kidnapping and deaths of the Israeli teenagers and death of a Palestinian teenager in a suspected act of revenge.  We are looking at a very difficult game of nerves.  Our Christian brothers and sisters living in Israel are calling for prayer, prayer, and more prayer.

The Syrian conflict has continued growing in intensity and scope for over two years, with the United Nations estimating more than 100,000 dead and millions displaced.  The UN High Commissioner for Refugees stated that, This is biggest humanitarian tragedy since the Rwandan genocide.  Of the 2.5 million Syrian refugees, half are children.

The 200 school girls are still missing in northern Nigeria.  It has been reported that entire villages in northern Nigeria have been devastated with Christian churches and Bibles being destroyed as Boko Haram continues on its radical, terroristic, destructive path.

As you continue to look around the world you realize that, in addition to wars and tumult there are many natural disasters taking place; earthquakes, typhoons, tornados, drought, wildfires, floods and other high impact weather and climate disasters.

THE BEGINNING OF SORROWS

When Jesus began speaking to His disciples regarding things to come He said:

For nation will rise against nation, and kingdom against kingdom.  And there will be famines, pestilences, and earthquakes in various places.  All these are the beginning of sorrows.  Mt 24:7-8

Earlier, in Matthew 16:18 Jesus spoke powerful words of intention regarding the emerging church:

On this rock I will build My church and the gates of Hades shall not prevail against it!

Jesus spoke those words from the present into the future.  He spoke of the growth of the church that was beginning to emerge, letting the disciples of that day know that there would be no power on earth or in hell that could stop what He was establishing in the earth.

He had come to do the will of the Father and to fulfill the Father’s plan which had always been to have a people in the earth who would bring Heaven to earth, who would walk in the spirit and authority of Heaven.

They would be a visual aid for all to see what Heaven is like through common people who have been filled with the power of the Holy Spirit and now their lives are changed beyond all recognition.  All of the earth, from nation to nation, has been impacted by ordinary people, filled with an extraordinary God. They are doing exploits by sharing His love, giving away His goodness, moving away from judging to mercy, telling others of God’s great love for them and giving them hope in the midst of a world that is in turmoil.  This is a mighty company of people, a people called by His name; a people who love His Kingdom more than they love their own lives.

In 3 of the major cultures in the earth, China, which is communistic, India which is Hindu, and Indonesia, which is Muslim (and has the greatest number of Muslims of any country in the world)…

…YET, Christianity has continued to grow in each of these nations! Today, there are some 200 million Chinese that are now Christian.  By 2030, China will be known as a Christian nation.

In India, we have seen the same rate of change and growth as in China.

In Indonesia, that nation is now 35% Christian.

In 1900, there were approximately 10 million Christians in Africa.  By the year 2000, there were over 360 million!  By 2025, conservative estimates project that number rising to 633 million.

In the last 35 years, there has been the largest harvest of souls in human history in the nation of China.

GOD IS AT WORK THROUGHOUT THE WORLD

There is explosive growth of Christianity outside of the West.  God is at work everywhere throughout the world.  Everywhere it is proclaimed, the Gospel is changing lives and societies.

In this new world of globalization, one thing remains true:  It is Jesus who people of every realm and tongue bless.  It is those who have been redeemed to God by His blood; those out of every tribe and tongue, and people and nation who have been made kings and priests to God; who are speaking out the name of His Lordship in the earth.

His name is Jesus.

現在に立ち、将来を宣言する (Standing in the Present, Proclaimin...
Giving Honor to Whom Honor is Due

Jane we are all standing with you to see His glorious Kingdom fill the earth. Thank you for leading Aglow International in such powerful and awesome paths.

Rick
This comment was minimized by the moderator on the site

Jane, you are right on. We are indeed living in the end times, but they are also very exciting times to be serving Jesus!

What an encouraging word, even through all the turmoil in our world. It is IN HIM that we live and move and have our being. Jesus predicted in His Word what we would be facing in the last days and I truly believe we are in the beginning of...

What an encouraging word, even through all the turmoil in our world. It is IN HIM that we live and move and have our being. Jesus predicted in His Word what we would be facing in the last days and I truly believe we are in the beginning of sorrows. We put our faith and trust in HIM, as we continue to pray for those who are struggling in such horrendous things. Thank God, we can be a voice and a good Ambassador for His Kingdom and still share the GOOD NEWS "through it all" and "believing" that many, many more will come to the knowledge of the Lord Jesus Christ and the reports will accelerate of those getting saved and knowing the wonderful love of the Lord! His Plan will come to pass and you are right...the gates of hell will not prevail against the Church of Jesus Christ! We say, Hallelujah!! HE IS LORD!

Amen, the gates of Hell can not prevail against the Church. So we got to be known as heaven knows us. And we will stop in the gap for what the mercy of God is involved in both conflict and put things in order. Beloved Blessings from Costa Rica.

Amen, the gates of Hell can not prevail against the Church. So we got to be known as heaven knows us. And we will stop in the gap for what the mercy of God is involved in both conflict and put things in order. Beloved Blessings from Costa Rica. 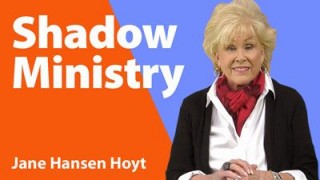