A Call to Unity 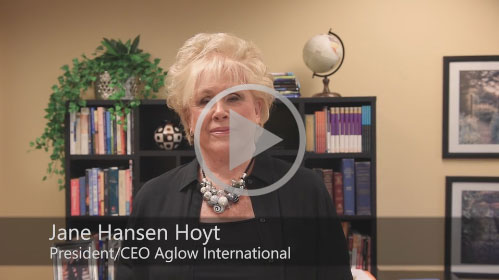 Our next prayer call is Thursday, December 15 at 7pm PST

We have just returned from Aglow’s U.S National Conference in San Diego, CA. In my opening message, I made the statement that “This event is not a conference; it is an assignment!” I quoted Chuck Pierce as saying, “For the last 8 years winds have been blowing in the heavens. But now those winds are released to come into the earth realm. What has been stirring in Heaven will now blow in the earth. Brace yourself! The winds that will now blow are the winds I’ve been holding back these last 8 years, and now I will release them. I am acting on how you have sought Me in these last 8 years. These winds will begin to gather an army.”

I want to say to you, Aglow, the winds of Heaven have gathered an army and you and I are in that army! We are all participants!

We are an awakened people who are alert and aware of the times we are living in. We know what it means to watch, pray, and take action. God is not in retreat. He intends that His Kingdom expands upon the earth until Jesus returns. We live in a time of triumph and great favor. He has raised us up for this time! We are The Called!

After 9 weeks of prayer leading up to the Presidential election and 3 days of fasting through Election Day, I believe something shifted in the Heavenlies over our nation. Now is not the time to stop praying, thinking a victory has been won. Now, we must gird our loins and continue to pray as a new course is charted.

God has mantled us with governmental authority. Therefore, I am asking you to join me for the next 8 weeks, beginning Saturday, November 26, through January 20, 2017, for renewed prayer; and to come together in unity and peace for the purposes of God to be seen as a new administration is set in place. Pray individually. Pray in your homes and meeting places. Pray!

A Call to Prayer

Between now and Inauguration Day pray that:

We purpose together to pray over these ongoing issues:

A Call to Fast

I am asking that you will fast:

Global Prayer CAlls to Join in One Accord

I am calling for 3 Global Prayer calls. Mark your calendars for these dates:

I will send out a reminder each time of the number, code, and time of the call. Here is the information:

In a recent partner update from Morning Star Ministries, headed by Rick Joyner, Rick said about Donald Trump, “Most candidates for high office have experience running for office on lower levels, and they learn how to control what they say. Trump never had that experience and is getting a crash course. I think there is good and bad to this. It is good that he says what he thinks, unfettered by the political correctness that turns most politicians into liars. The bad is that some things need to be said differently, and not everything we think is true, or at least the whole truth. He is trying hard to work on this and is doing better. Even so, I think his experience in running for office will serve him well in the office.”

President-elect Trump only recently accepted Christ. As watchmen on the wall, we have the responsibility to surround him in a way that calls out his destiny from this place of newness before Christ and not from old places of character . I urge you to see him as God sees him and call for his real identity to come forth in a way that God will receive all the glory. We have been called for this and we will not shrink back.

facebook.com/jane.hansen.hoyt
Can you hear a new sound?
アメリカ大統領選挙のための重要なプレイヤー・コールについての洞察 (Insights on the ...

jade
This comment was minimized by the moderator on the site

thank you for sharing

jade
There are no comments posted here yet